Scores of Iraqis injured in anti-government protests in Baghdad | Iraq 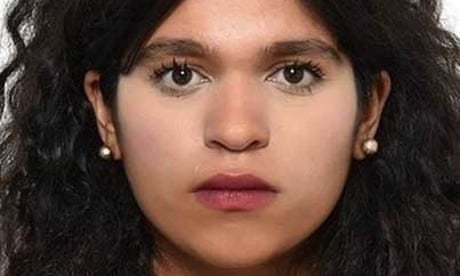 The family of student Sabita Thanwani, who was found dead at her London halls of residence, have paid tribute to her, saying they pray that “there will come a day when girls and women are safe”.

In a statement issued through police, they described the 19-year-old as “an angel” who “was pure and did not see bad in anyone”. Thanwani was found dead at student accommodation in Clerkenwell, central London, shortly after 5am on Saturday.

Maher Maaroufe, 22, was arrested on Sunday on suspicion of murder.

The family statement said: “Sabita Thanwani was our daughter. Our angel. Her life, that we hoped would be long, was cut tragically short. She was ripped away from those who loved her so very dearly; her mum, dad, brother, grandparents, extended family and friends.

“Sabita was the most caring and loving person we have ever known. She inspired us every day of her precious 19 years of life. Her mission was to help everyone.

“She was studying psychology at City University to make this happen. Her whole life was ahead of her, a life where her radiant smile and incredible heart could only spread warmth and kindness.

“In her short life, she helped so many. Sabita was pure and did not see bad in anyone, because there was no badness in her own awesome heart.

“We will never ever stop loving or missing our beautiful, irreplaceable Sabita. The girl that was an angel upon the earth is now an angel in heaven.”

Thanwani was found with serious neck injuries at Arbour House, in Sebastian Street, and despite the efforts of the emergency services she was pronounced dead at the scene.

Maaroufe, of no fixed address, who is not a student, is believed to have been with her at the time of her death and has been arrested on suspicion of murder and assault on police.

The family statement continued: “We can only pray that lessons will be learnt and that somehow, there will come a day when girls and women are safe. We will never be able to thank the Metropolitan police enough for their dedication and tireless work in finding justice for our Sabita. From our hearts, we thank everyone for their love and support.

“We ask that our privacy is respected and as a family we can quietly grieve.”

Scores of Iraqis injured in anti-government protests in Baghdad | Iraq